Give your productions some bite! 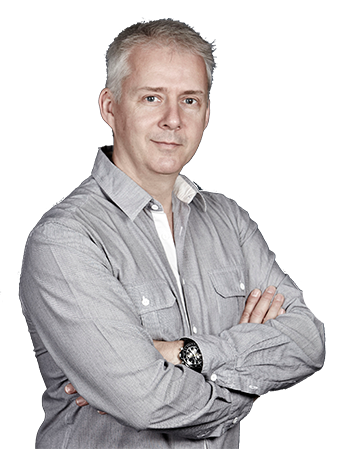 At SILVER WOLF Productions, we offer a range of services for the corporate and business segments:

We believe 360 VR is a game-changer for corporates. Now you can really immerse your clients and staff in your world like never before. The reason it's so powerful is because you are so present in the world you're witnessing. It has to be seen first hand, ideally via a headset, to be truly appreciated. So, if you want a way to really immerse your staff into your culture, wow them during inductions, improve your training or really show off your products to clients, then talk to us about how 360 can take you there!

And talking of changes, as a production company, we're also aware that video is more accessible than ever before. Many of our clients have come to us asking how they can incorporate more video into their internal and external comms - ideally economically. Our solution has been to train them to produce their own content - interviews, vox pops, product reviews, etc - using nothing more than than iPhones and iPads in the first instance. We now offer a range of workshops and online courses under our Video4Business offering. As part of the solution, we also offer equipment advice and post production services for those who are happy to shoot their own material but need help crafting it into a compelling content.

At SILVER WOLF, we're always ready to go. We have our own extensive broadcast quality multi-camera, sound, lighting and green screen kit; two 360 VR set-ups including a 7 camera GoPro rig for very high resolution recording and a 2 camera rig that allows close-ups by minimising parallax issues with action close to the camera. We also have in-house editing suites, VR stitching and editing solutions and 2D and 3D graphic design capabilities.

Video is a very effective business tool - for instance, it's a great way to boost website traffic, a more engaging way to communicate with clients and staff and a more informative way to promote your products. But how can you tap into video in a cost-effective but professional way? That's where our VIDEO4BUSINESS workshops and online courses come in...

...we'll quickly and cost-effectively teach you and your team the skills to shoot interviews, record pieces-to-camera, plan and shoot promotional videos and record presentations and live events. We'll also show you how to edit your material together and run you through some tips, tricks and apps that can add a professional sparkle to everything you do! 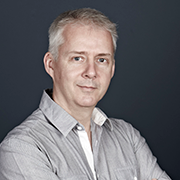 Nigel has over 26 years experience at the forefront of video production in both London and Sydney, with skills and experience including video, television, live event and digital media production. Prior to setting up SILVER WOLF Productions, Nigel was General Manager of the corporate production arm of leading Australian television production company Screentime, part of the Banijay Group. Nigel's extensive experience also includes being part of the team responsible for the creation of one of Australia’s first broadband streaming solutions; established one of Australia’s first datacasting channels for Macquarie Bank; he also devised, directed and produced what was to become Australia's most popular business television program at the time, "My Business" (which after two seasons we rebranded Kochie’s Business Builders which Nigel directed for a further five seasons). Additionally, Nigel has founded/co-founded three successful production businesses, and more recently co-founded an app development business specialising in exercise and musculoskeletal mobile apps. He is also co-founder, with shopper marketing expert Kevin Moore, of an online retail education business The ROAD to RETAIL Pty Ltd, which provides information and online courses around the "Shopper Experience". Nigel has also served on the Sydney Board of the Entrepreneurs’ Organisation.

Take a look at some of our recent client projects.