Video clichés – guilty m’lord but it wasn’t my fault!

I came across this video the other day which really amused me. It’s a video consisting of sequences and beautiful shots from a single video library with a “generic” video script. Basically, it’s a piss-take of all things “corporate video”.

At one level I realise that I should be embarrassed that I’m guilty of using similar approaches in many of the videos I’ve produced over the years: shots of smiling faces, corner pinned text, lovely looking “lab”, “technology”, “manufacturing” and “location” shots. The “representing a good ethnic mix” requirement comes up in virtually every client brief. I also love shooting and using time-lapse sequences, a personal passion of mine, so I’m guilty of that too. And we always strive to shoot long lens shots and lots of close-ups with a shallow depth of field so that we achieve those out-of-focus “bokeh” backgrounds that we in the industry regard as a “filmic” rather than “video” look.

And, fundamentally, that’s the challenge of any corporate branding video brief. How do you make a company look different to a competitor, or even any other company, when virtually every business these days consists of people working in open plan offices all sat at computers?

For me, the answer is three words: “understanding”, “creativity” and “courage”. The second word needs the first in order to be most effective and I’ll come to the third word later. My belief is that if, as corporate video producers, we are given the opportunity and the time to really understand the ins and outs of a business or project – the objectives, personality of the business and other intangibles – then, as outsiders looking in, we can normally find an unusual and engaging perspective, or should I say “lens”, through which to find a way to portray the business “creatively”.

A couple of examples: many years ago, back in the UK, I had the privilege of working with a lovely gentleman, an advertising account manager for Ayer Barker Advertising, John Poupart, who had worked on one account for over twenty years. This account was a company called Plessey that manufactured a wide variety of telecommunication, traffic system, radar, aeronautical and defence technologies. His knowledge of the company and the people who worked in it was extraordinary as was his ability to articulate the essence of all aspects of the business. For us, as contracted event and video producers, being able to tap into his understanding of the company was an amazing resource. And by being given the time to leverage that understanding, we were able to come up with creative solutions that we would never have conceived otherwise – for instance, building a presentation theatre in the middle of a semi-conductor plant – but that’s another story!

On another occasion, we were briefed to produce a video to explain a complex telecommunications solution to a non-scientific audience. John helped us find the key people to speak to and we spent a whole day with the lead scientists who had invented this “Asynchronous Transfer Mode” data transfer technology. What soon became apparent was that they were working at such a theoretical level that even amongst themselves they visualised how it worked very differently to each other. We went away, thought about what we’d been told and then came up with a visual 3D model, a sort of data “egg sorter”, that we thought captured the essence of what we’d heard. When we presented it back to them a few days later, they looked at us with incredulity and said “Wow, I’ve never thought of it that way but yes, that’s it!” We weren’t scientific geniuses but by being given the time to get in the heads of the people who were we were able to understand enough for us to produce a visual solution that worked brilliantly in the resulting video. So that’s my interpretation of how “understanding” and “creativity” work together but these two words can’t be given the air to breath without “courage”.

“Courage”. Whose courage? The producers? To a degree. But mainly the client’s! As producers, we can come up with all sort of wild and whacky ideas but it takes courage as the commissioner to take the risk to allow those ideas to see the light of day. And without courageous clients, who give us the time to understand them and produce creative perspectives, as producers what we have left in our arsenal is what you see in this video!

Or is that just my perspective? If you’re a fellow corporate producer or a commissioning client, let me know what you think…

Nigel has been working as producer/director in the corporate video, event and television field for nearly thirty years with experience in both London and Australia. He is also the co-founder of The ROAD to RETAIL - an online retail education business. 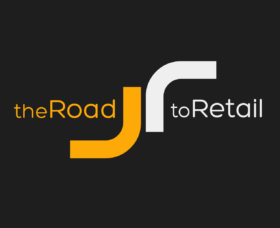